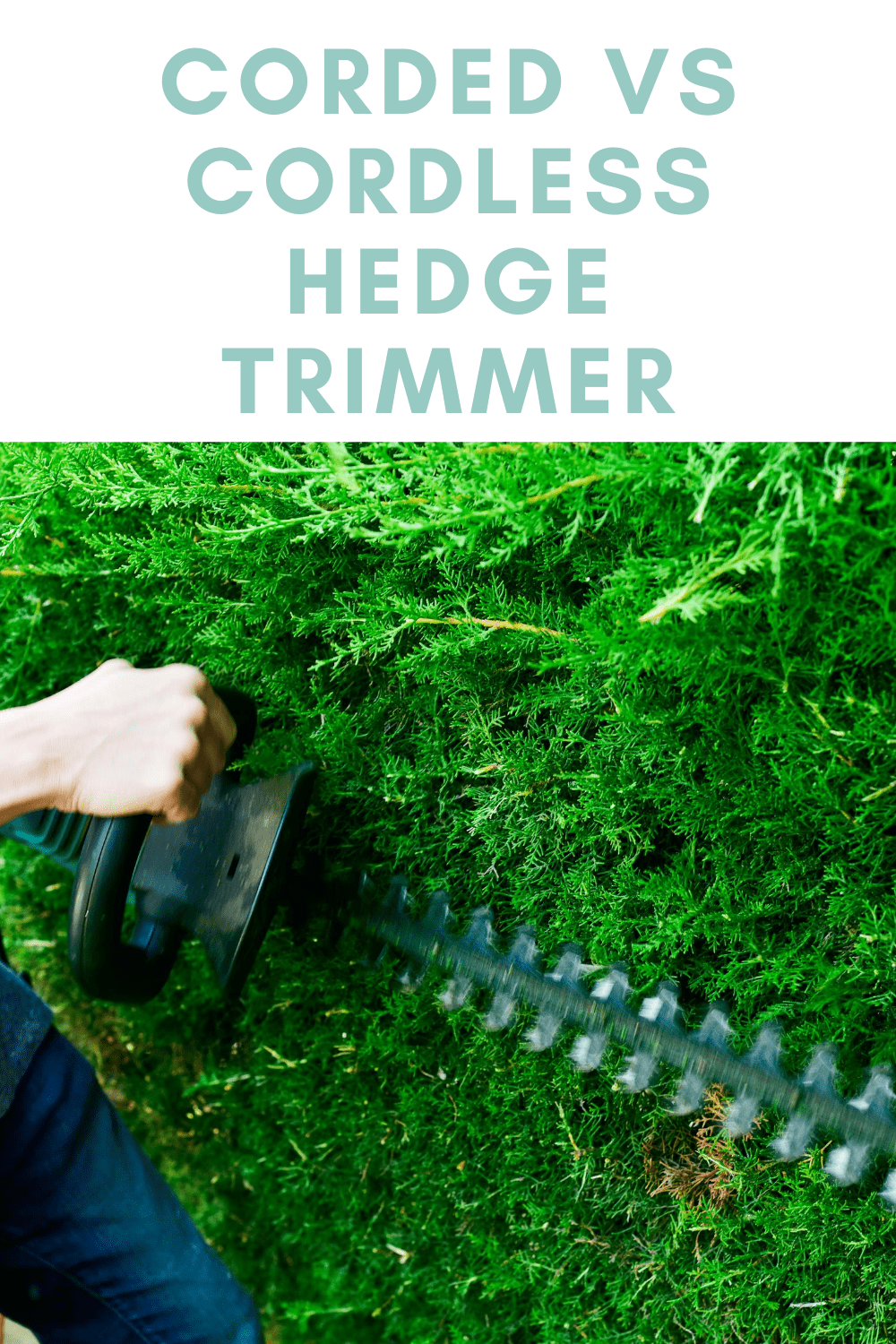 Do you hate trimming hedges?  I did, at least when I was a kid.  My dad only let me use the manual hedge trimmers, the ones that look like a big pair of scissors.  That was such a hassle.  Then sometime along the way, I was introduced to an electric hedge trimmer.  That completely changed the game.  You could trim the hedges and bushes around the house so much faster, but you did have to drag that extension cord around.  When I purchased my first home several years ago, I bought my first battery powered cordless hedge trimmer, and the game changed again.  Let’s see which one is better corded vs cordless hedge trimmer.

What are the types of hedge trimmers?

Manual hedge trimmers are like giant pair of scissors that you move back and forth to chop at the hedge or shrub branches.  These are often referred to as hedge clippers.  You get into kind of this quick back and forth motion, if you used these types of hedge trimmers you know what I mean.  This type of trimming is generally very labor-intensive and the clippings go everywhere.

Corded electric hedge trimmers are a game-changer if you previously used manual hedge trimmers.  The hedge trimmer is powered by an electric motor that powers a set of blades along with a set of teeth.  You swipe the trimmer back and forth along the surface of the hedge or bush kind of like you brush your hair.  Extension cords are a necessity since these types of trimmers are powered by your standard wall outlet.

Well, both types of electric hedge trimmers are light years ahead of manual hedge clippers or hedge trimmers.  You can cut and shape the hedges and shrubs so much faster.  Let’s take a look at some of the pros and cons of each type of trimmer to see which one is best.

Well, pretty much every large power tool company makes corded and cordless hedge trimmers.  Some of the more popular brands are listed below:

Well after taking a look at the pros and cons of each type of hedge trimmer I would recommend a cordless electric hedge trimmer any day of the week.  Cordless hedge trimmers provide mobility, power, and maneuverability that you can’t replicate with the corded model.  That being said I would take a corded model over using hedge clippers any day of the week.  Either way corded or cordless your arms will thank you, and your trimming work will be done faster than you thought possible.